What Are The Benefits of CBD?

Cannabidiol, otherwise known as CBD, is one the active ingredients in cannabis or medical hemp. In fact, it is just one of over 100 plus cannabinoids that can be extracted from hemp. Evidence shows that these plant compounds have a better effect on the body when they work together, rather than alone. This means that CBD and the other cannabinoids in hemp work better to promote wellness together rather than by themselves.

CBD that contains all the beneficial compounds found in the hemp plant are considered to be full spectrum. Hemp plants contain a wide variety of cannabinoids such as CBD, CBN, CBG, terpenes, essential vitamins, minerals, and others. All of these compounds work hand-in-hand with your endocannabinoid system (ECS) to create what is known as the “Entourage Effect.” This magnifies the benefit of the whole plant, thus having a greater impact than CBD alone.

While CBD is a component of the hemp or cannabis plants, by itself it has no psychoactive effects that cause a “high”. According to the World Health Organization, CBD demonstrates no effects of a substance that are addictive or have a dependence potential. The World Health Organization also says that, “there is no evidence of public health related problems associated with the use of pure CBD.”

CBD has many potential benefits including numerous studies that show that CBD has been used to effectively reduce seizures for children with epilepsy and other seizure disorders. Recently, the FDA approved the first ever cannabis-derived medicine for these conditions, Epidiolex, which contains CBD.

There are studies that indicate that CBD may offer relief for those dealing with chronic pain. A study from the European Journal of Pain showed that CBD applied on the skin could help lower pain and inflammation caused by arthritis. Yet another has shown how CBD is able to inhibit inflammatory and neuropathic pains, which are some of the most difficult types of chronic pain to deal with. 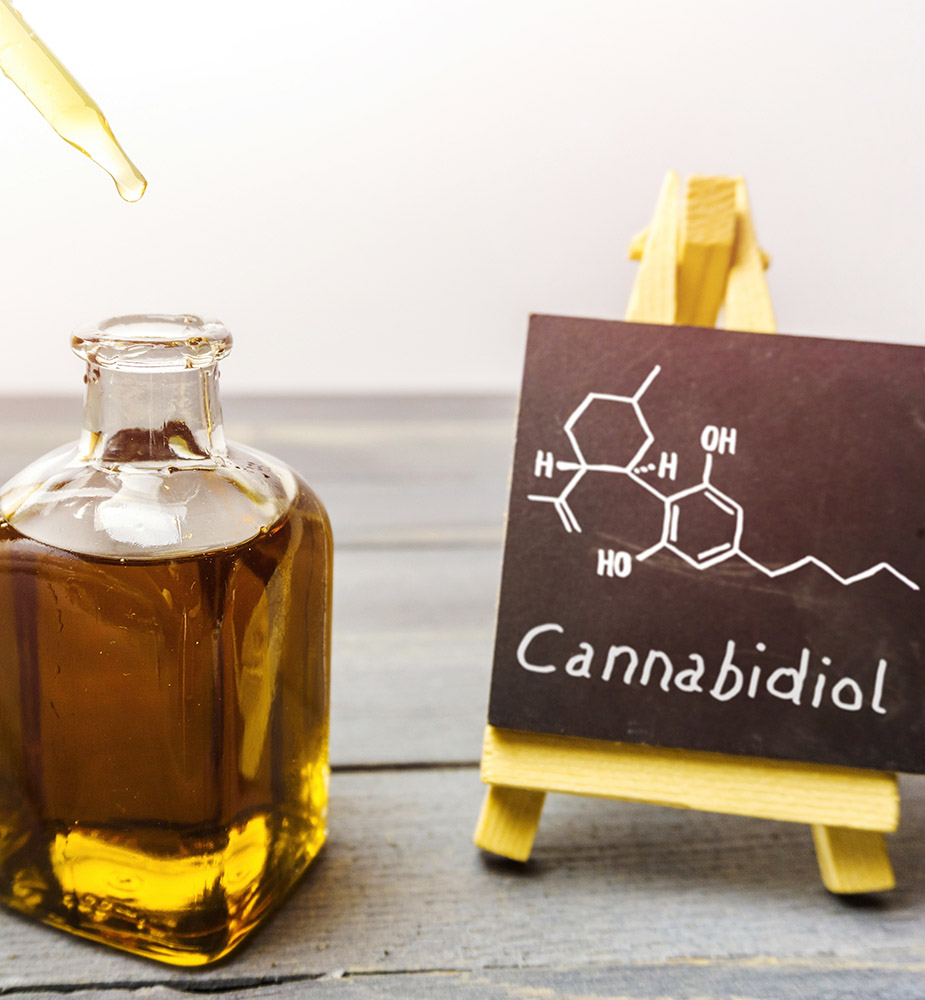 What’s The Difference Between
Hemp Oil and Hemp Extract?

What’s The Difference Between Hemp Oil and Hemp Extract?

Many CBD products are made from “hemp extract oil”—and the word “extract” in there is key, because there are also products called “hemp seed oil.” Despite sounding exactly the same, hemp seed oil is actually a different thing.
Hemp seed oil, also sometimes called “hemp oil”, is derived from the seeds of the hemp plant only, no cannabinoids there. The oil is rich in healthy omega-3 fatty acids, so it can help your skin, but beyond that it doesn’t have the same benefits of CBD. It’s important to look out for this distinction to make sure you are getting what you are actually looking for. The hemp extract oils that are the basis of CBD products are made from the flowers and leaves of the hemp plant, where all those beneficial cannabinoids live.

How Does CBD Work? 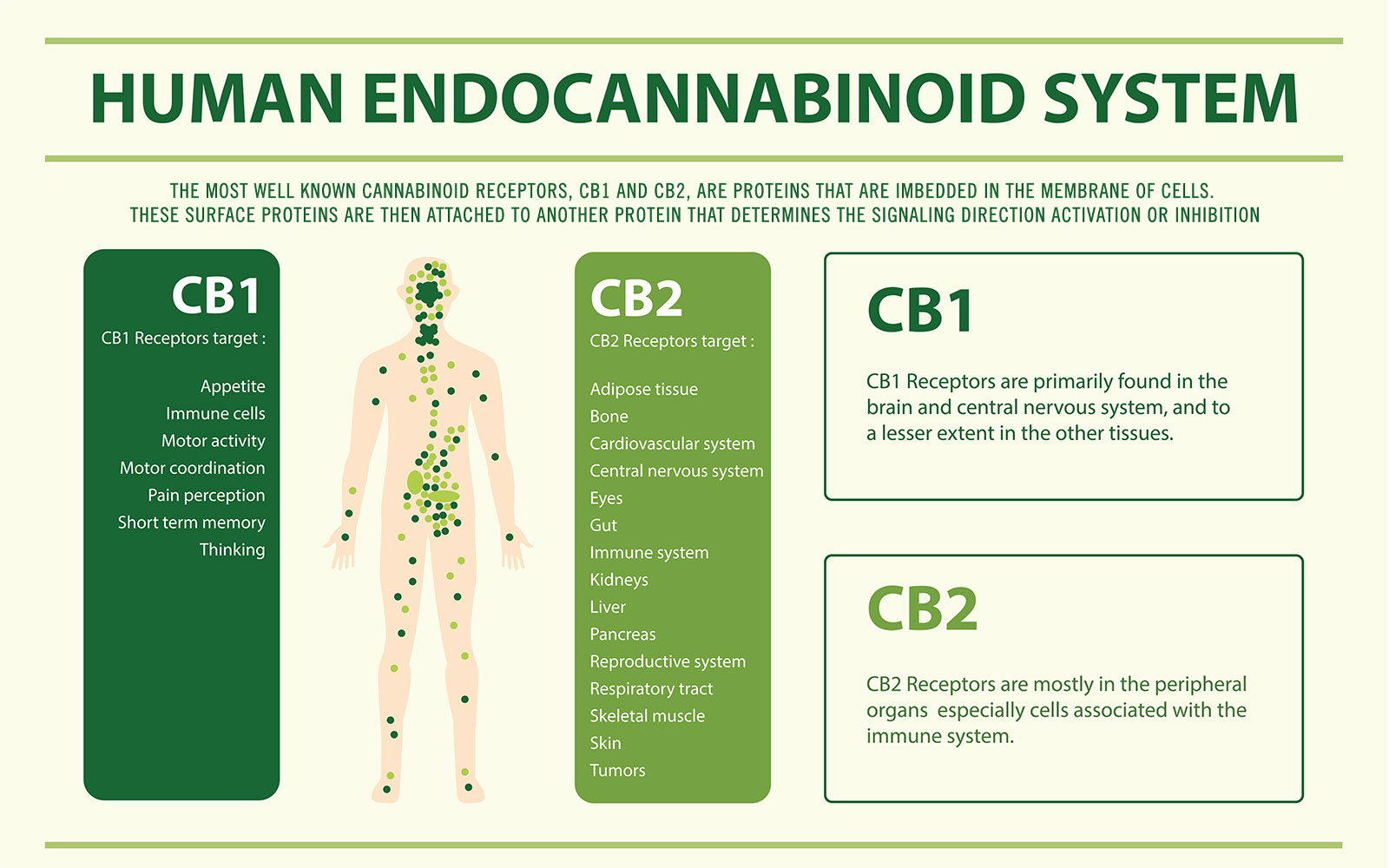 The human body has an endocannabinoid system that receives transmission signals from endocannabinoids in the body. CBD produces many beneficial effects on the human molecular pathway. As a matter of fact, there are more than 65 molecular targets of CBD in the body. A CBD-rich product with little THC can convey benefits without having a euphoric or dysphoric effect. In order for CBD to work properly, CBD should be the main substance in any CBD product that you purchase. If CBD is not the main ingredient of the product you are looking to buy, walk away. Regarding the question, how does CBD work, it really depends on its quality.

Learn More About The Endocannabinoid System

How Much Do I Take?

Your individual condition, desired results and physiology all are factors in determining the amount of CBD you should take. If you’re just starting with CBD we recommend taking the lowest strength possible and taking the recommended serving on the product as indicated on the package for 4 to 6 weeks. If you’re still not where you want to be, we suggest moving up to the next concentration of CBD. CBD is like any other supplement, for it to work properly; it must be taken regularly and consistently. Missing days or servings can affect ability to help support your body

What’s the Difference Between CBD Derived From Sativa & Indica?

You may be wondering what is hemp. In fact, you may have even